An Obsession. And It's Not Writing. *gasp* 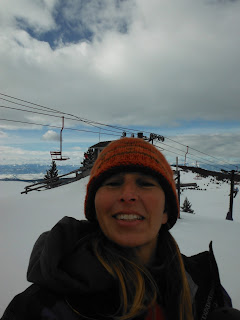 Okay, so I've been neglecting my little blog here a bit more than usual. Yes, I've been busy with Sub It Club. What a fun group it's turning out to be! But, I've also been pretty obsessed with something else. And it doesn't have anything to do with writing. *gasp!*

I know I've blogged about this before, but my family has been care-taking an Inn for the past year and a half. We do it because the school bus comes right to the end of the driveway and makes it easy to get the kids to school, unlike our mountain house where we sled, ski cross country, or snowmobile to the car, then drive the snowy road to town. Last winter we ran a cafe & gallery out of the Inn. And we had lots of parties with all of our musically inclined friends.

But, running a restaurant out of your home, especially when you have three kids, can be pretty tiring. So is having a party every couple of weeks. But hey, it was A LOT of fun. Plus, last winter there wasn't much snow. This year though, things are different.

Yes, people still stop by randomly. The house seems to attract people, and we've made a lot of friends because of it. But we're not running a restaurant or gallery or even having parties. This winter my husband and I are busy at the local ski hill. He's the head snowboard instructor and I'm a ski instructor!

I've been skiing since I was old enough to be put onto skis. Before that my mom skied with me in a backpack. It's no wonder I love zipping down the hill. I never would have guessed that I'd get to be a ski instructor though. Skiing three days a week? Heaven!

Every Thursday one of the schools brings up a group of kids and we teach them how to ski. We've had from 20 to 70! It is really fun to get kids going on skis and boards. They are always so excited. There's a lot of comedy involved too from the, "I keep falling because there are too many people in my way" to the ones who have never skied before wanting to go straight up the mountain and ski down the face.Um, no. But skiing is a great thing to learn and we try to make sure all the kids have a good time and have some skills by the time they leave. They don't all always get to go up to the top, but we try to get them there if they can do it. The kids that come for weekend classes get a series of days so I really get to ski a lot with some of them. I've gotten to ski with so many great kids this winter, it has really been super fun.

And my kids LOVE it. The ski hill is a great place for the local kids to hang out on the weekends and we've amassed quite a ski gang. Many of the regulars get their season passes by doing volunteer work on the hill either in the summer or as cadet instructors on the weekends. Pretty cool deal. They ski so much that they do fun stuff like try to tackle each other. That never would have occurred to me but it's pretty standard with the gang. And they like to play games like cops and robbers. There are plenty of good places to hide. Ah yes, there's no boring weekends here and everyone sleeps well at night.
Since I've been skiing so much I also decided I had time to learn something new –snowboarding. Wow. I hardly ever fall skiing but I fall at least 4 times a run on a snowboard. Okay, I think I'm being generous there. Seriously, I feel like I've been in a car wreck after a day of slamming to the ground 50 times or so. But I guess I'm a glutton for punishment because it's fun. The gang certainly finds it entertaining. Nothing like watching people fall! I really want to get snowboarding down though, so there should be more entertainment to come. Hopefully I'll get to do it at least one more time before the season ends...after I recover from all the slamming I did the other day.