It's Been a Long Road 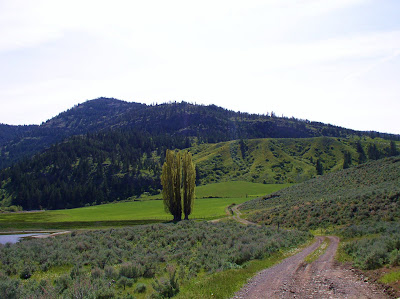 It's been a long road on my way to the publication of BEDTIME MONSTER. The book actually comes out in three days, so I guess it's safe to say that the road to publication part has finally come to an end on this project while the path of promotion seems to be something that goes on indefinitely. This hit me this summer when I saw Nina Laden at the library and she'd brought along all of her books, including the first she'd ever published, THE NIGHT I FOLLOWED THE DOG. Guess which one my little guy chose? Yup, 16 years and the book is still selling.

Corey Schwartz actually asked me a while back if I would write about my road so she could share it on her blog. I finally was able to do this since I think it's safe to say that I've officially reached the end. My story was so long that she's split the post into two parts. Since when did I get so long-winded!?! You can read part one here on Corey's blog, Thing 1 and Thing 2, if you're interested.
Posted by Heather Ayris Burnell at 1:35 PM