If a Manuscript Falls in the Forest Does it Make a Sound? 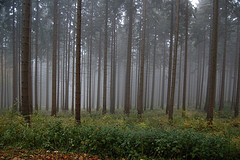 If a tree falls in the forest does it make a sound?

I have been in the woods and actually seen a tree suddenly implode and crumble-crash to the ground for seemingly no reason. It was loud. Very loud.

But what about manuscript submissions? If a manuscript sits in a slush pile does it get read? At first it’s just a single tree in a lush forest of envelopes. Okay, it’s probably more like a pebble on a mountain.

Most likely it is there for what seems like forever, at least to the writer. Finally, suddenly, unexpectedly, it is torn from its envelope (or the email is opened, but that’s so much less dramatic.) BOOM! Look at me!

In that short moment the cover letter, the hook, the manuscript, needs to speak loudly. Very loudly. Or it will join the masses of fallen manuscripts.

I do believe that in most all cases, if you have followed submission guidelines, your submission (or query) does get read. Yes, there are many publishing houses and even many agents who don’t respond if they aren’t interested. That’s just how it goes these days. There is too much to do and not enough time to do it. Yes, it can be hard to not ever know for certain when you don’t get the closure of a response. Things can happen. Postal mail can get lost. Emails can vanish. But we can't control that. I like to think that if it is meant to happen it will happen.

It’s best if we just keep moving forward. Keep sending out submissions. Keep trying. Putting all one’s hopes into one submission isn’t a very good plan for publication. Sure, it probably happens one in a billion times or so. But publishing really does have that luck of the draw aspect to it. So don’t worry about those non-responders. Query on and make your own luck!